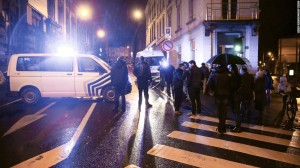 Europe is realizing something that many people have known for a long time: The continent is rife with radical Islamists and terror cells. Europe has always had a large population of Muslim immigrants. In recent times, however, radical Islamists have made their presence felt. They have been responsible for a number of gruesome attacks against private citizens and companies across Europe. The latest attack in France has struck a nerve and might possibly be the wakeup call that the continent has needed. In the days since the Charlie Hebdo and Hebrew grocery store attacks, France appears to be steeling herself for a protracted conflict against the enemy within as well as the enemy abroad.

Appearances, however, can be deceiving. France isnot unfamiliar to terrorist attacks. Neither is the rest of Europe for that matter. The 1980s especially, were a dangerous time in France and other Western European nations but most citizens remained indifferent to the threat, unless personally affected. In the past, there have been terrorist actions in Paris that did nothing to galvanize the French. This time, it is different. At least for the short term. On the heels of events in France, Belgium wasted little time in taking down a terrorist cell that was preparing to attack police stations.

Fighting terrorism and radical Islamists is a time consuming and concerted effort. This is no new revelation for French security and military officials. The question is: Can Europe remain strong and united in its efforts?

*Apology for a short post today. Work responsibilities are piling up my free time has been limited. *