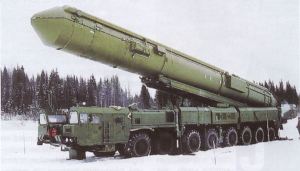 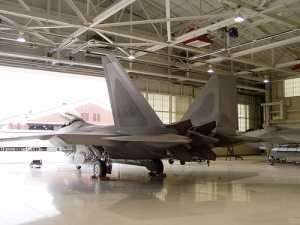 The level of tensions between NATO and Russia continues to grow at steady increments. Fresh on the weekend’s news of a possible agreement between the United States and Poland over the storage of pre-positioned heavy equipment in Poland comes an announcement by Vladimir Putin in which he indicated that the Strategic Rocket Forces are going to receive over 40 new ICBMs this year. The missile type will probably be the SS-27 Mod 2 which is an upgraded version of the Topol-M that can possibly carry up to ten MIRVs. Putin stated that the increase is in response to concerns over a possible anti-missile defense system being stationed near Russia’s borders.

Yesterday  in Paris, it was the US Air Force raising the possibility of increasing its combat power in Eastern Europe. On Monday at the Paris Air Show, Secretary of the Air Force Deborah James hinted to reporters that she can “easily see the day when the F-22 rotates in” meaning to Eastern Europe. James will be spending the rest of the week touring US bases in Europe that are actively participating in Operation Atlantic Resolve. She will end the trip in Warsaw and hold bilateral discussions with Polish defense ministry and military officials.

USAFE and Air Force officials back home have been quietly urging the inclusion of the F-22 Raptor to the next theater security package. The latest package to deploy included F-15s from the 125th Fighter Wing of the Florida Air National Guard. Deploying a squadron of F-22s would definitely underscore the US commitment to its NATO allies in Eastern Europe and serve as a statement that it recognizes the military threat that Russia is posing.