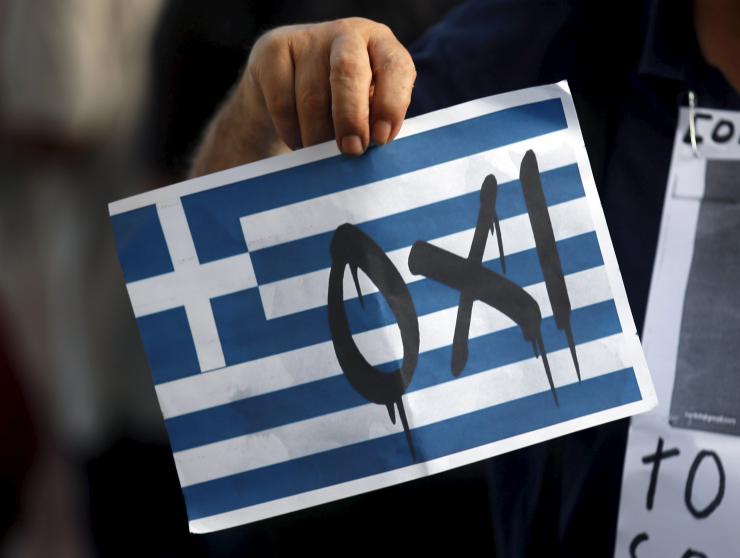 Greece has spoken on the topic of whether or not to accept an international bailout and the answer has been a resounding “No!” 61.3% of the people who cast a ballot in Sunday’s referendum rejected the terms of the bailout.  So, what will happen now?

The truth is that nobody is sure. Prime Minister Alexis Tsipras now has a popular mandate and believes the referendum results will give him a stronger hand at the bargaining table. It is unclear just how much, if any weight the referendum results will carry with Greece’s creditors, Eurozone finance ministers and national leaders. Tsipras has been playing a perilous game of political brinkmanship with the creditors and EU. Although he is declaring victory, the end results are not yet certain. After the drama and histrionics of the last few weeks, the IMF and other creditors might not be in a generous mood when it comes to negotiations. In fact, the deal that Greek voters just said no to is no longer on the table. Tsipras may have overplayed his hand in counting on the results of a domestic referendum to be enough to force the creditors to renegotiate.

The majority of Greek voters, regardless of how they voted today, want Greece to remain in the Eurozone. The question is whether or not that will even be possible now. Greek banks are still closed, although the government has stated they will be opened on Tuesday. Money is running short at a dangerously fast clip. If a compromise between the creditors and government is not reached quickly, the situation could worsen even faster.

Today was an important day for Greece. The people sent a message to the European Union and the nation’s creditors. After five years of austerity, the people have had enough. Tomorrow, however, is a new day. The good feelings and confidence generated by today’s vote will start to dissipate and reality will set in.

Greece’s problems have not been solved.