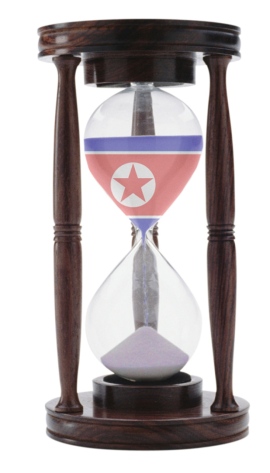 One of the core arguments in International Relations is that an abrupt shift in power can lead to war. This argument is present in explanations for the Peloponnesian War and World War I, to name a pair of examples. In the first case, as Thucydides wrote in History of the Peloponnesian War, “The growth of the power of Athens, and the alarm which this inspired in Lacedaemon, made war inevitable.” For World War I, Germany’s perception that it was losing the arms race in 1914 moved its leaders to take a risk and declare war before Germany fell too far behind.

Now, take the current state of North Korea and consider the argument in a more unconventional manner. It is a state in terminal decline while neighboring states are moving in the opposite direction. With its power and influence draining away, Pyongyang is forced to resort to saber-rattling as its primary means of interaction with the outside world. The frequency and intensity of North Korea’s bellicose rhetoric is concealing significant domestic issues. This strategy will not last indefinitely. No states have the ability to effectively influence events in North Korea in a positive way, with the exception of China to an extent. Incentives have been given in the hopes of persuading North Korea to abandon its nuclear weapons program and adopt a less aggressive platform. Long term, the goal was to get North Korea to realize that its self-induced isolation in everything from politics to economic matters was permanently retarding its ability to become a productive, respected member of the world community. These efforts have failed. Sooner or later the dam will burst, and North Korea will no longer be a viable nation-state.

If the regime in Pyongyang collapses, there will assuredly be a power shift in the region. What cannot be predicted with a degree of accuracy is the path that will lead to the redistribution of power in East Asia. It will be dependent upon the way that nations like South Korea, Japan, the United States and, most importantly, China react to a rudderless North Korea. Regional war, a humanitarian disaster the likes of which the world has never seen before, and a global war involving North Korean weapons of mass destruction are but three of the possibilities. 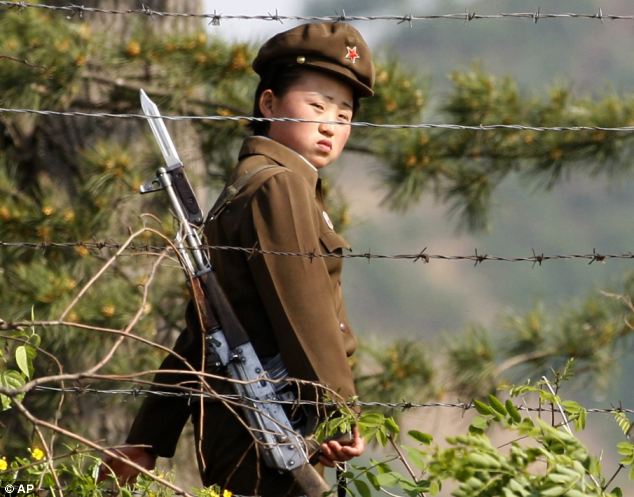 It is just a matter of time before North Korea collapses. It could be years or it might happen tomorrow. Think of the nation as a terminally ill patient. Pyongyang is mustering every available fiber of resolve and strength to remain alive for as long as possible. As North Korea’s breathing becomes more labored, the world must be prepared for its imminent death. The long-term consequences of the event have to be given an appropriate amount of consideration and planning now.

Below, are five questions that should be pondered by politicians, diplomats and military leaders in the US, ROK (South Korea) Japan, and People’s Republic of China. Admittedly, these are only five questions of many that exist on the subject, but it is a start.

How will the North Korean military react to a government collapse, and how will it behave in the aftermath?

This is contingent on what role the military would play in a government collapse. If the regime is toppled as the result of a military-backed coup, the plotters will have firm control on at least a sizeable portion of North Korea’s military for a period of time. In the aftermath, if forces loyal to the toppled regime resist, there’s a high probability of a full scale civil war erupting. Factions will face off and contend for power, dragging the entire nation-state to the edge of the abyss. Given the rabid enthusiasm that a great number of North Koreans have for Kim Jong Un, the fight will be long and costly. North Korea itself will be little more than a burned out wasteland once the shooting stops.

Should the military itself be responsible for launching a successful coup, the aftermath could be more orderly. The nation’s armed forces would remain ready to deter moves by outside powers while the new government makes overtures for assistance from the outside. Most likely from the PRC. The ROK and US will still be viewed as adversaries not to be trusted. The end result would be a North Korea now firmly aligned as a Chinese satellite, still hostile to the US, ROK, Japan and the West, but more even-tempered since Beijing will be calling the shots instead of a reckless Kim Jong Un.

How much, if any, advance warning will the US, ROK and China have prior to a North Korean collapse?

It could be a month or as little as an hour. If conditions in North Korea deteriorate to a point where collapse is imminent, the states that would be most active in a post-collapse North Korea will be prepared to move rapidly when the moment comes. A faction of the government, covertly supported by one of the external nation-state players, might be prepared to move and seize power in the event of the regime collapsing. This would give at least one nation ample warning and an opportunity to be prepared. On the other end of the spectrum, if collapse comes like a bolt out of the blue, nobody will be prepared to respond initially.

With the second possibility in mind, the nation-state that arrives in post-collapse North Korea firstest with the mostest is going to have the most influence in shaping the future. Barring a confrontation, of course. There’s always the possibility that two nation-states could move simultaneously and with similar motives in mind. Specifically, the ROK and China come to mind.

In the event of a collapse what will become of North Korea’s WMD stockpiles? Who will have control of them?

It is assumed that the present regime has a firm hold on North Korea’s nuclear weapons and other weapons of mass destruction. In the event of a collapse, will the safeguards in place come undone? And if they do, what becomes of the weapons? I leave this question open because I’m working on a larger article addressing it and will post in the near future.

Obedience to the state is a cornerstone of life in North Korea. Given this, how will the North Korean populace respond to a collapse of the government they have been conditioned to follow for their entire lives?

For one moment put yourself in the shoes of the average North Korean. You have been conditioned for your entire life to regard the regime as nothing short of god-like. The regime controls every aspect of your life. You and your family’s health, wealth, material goods, education, etc is because of the regime’s benevolence. And then one morning you wake up to find that the regime is no longer there. How do you respond?

The situation would be similar to a world in which all of the parents and adults have suddenly vanished, leaving ill-prepared children in control of themselves. Unless an authority figure takes the reins of control quickly, chaos will erupt. North Korea is already in a precarious position socially. While the elites and supporters of the regime enjoy the benefits, large numbers of ‘undesirables’ rot in prison camps, and legions more starve in rural areas.

North Korea might degenerate into a thousand small communities struggling to survive in a Lord of the Flies writ large type of environment.

If the ROK responds instantly and unilaterally to a North Korean collapse with the objective of reunifying the peninsula under Seoul’s leadership it could potentially lead to war with China. What steps can the US take to prevent its ally from moving down that dangerous path?

The most effective action that the United States could take in this scenario is absolutely nothing. Provide no support to South Korea should it embark on a military expedition to reunite both Koreas under its leadership. Close the door entirely. A unilateral South Korean move into North Korea is borderline reckless. China will not stand by and allow the ROK to assume complete control of the peninsula. Beijing will respond militarily and from there the situation will only go from bad to worse. The United States will have no choice but to come to the aid of its ally and once again US and Chinese soldiers will be killing each other on Korean soil.

It’s unclear whether the ROK would move into North Korea without at least the tacit blessing of Washington. The US-ROK alliance remains strong, but if the South Koreans sense a once-in-a-lifetime opportunity, all bets are off.