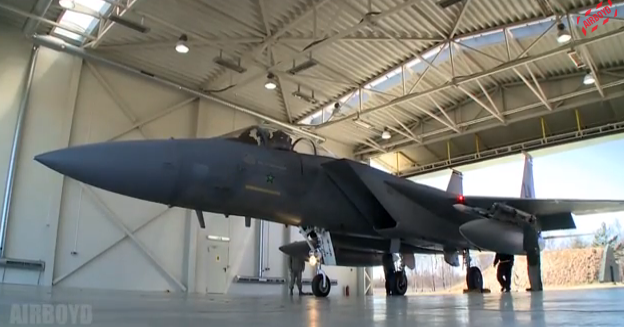 Next week, six US F-15C Eagles and around 100 airmen from the 173rd Fighter Wing (Oregon ANG) will arrive in Finland to take part in joint exercises with the Finnish Air Force. This marks the first time that US fighters are participating in exercises on Finnish soil and it comes as tension between Russia and NATO remains high. Military cooperation between the US and Finland has increased in recent years. Finland, like its neighbors, has been unnerved by Russia’s behavior in the Baltic region lately.

The US participation in the Finnish exercises is just one of many USAF rotations that have taken place in Europe lately. In April, US fighters deployed to Iceland for air-policing duties over the North Atlantic nation, and to the Netherlands for the annual Frisian Flag exercises. Later in April, three sections of F-22 Raptors arrived at RAF Lakenheath in England and continued training at other locations in Europe until May, including Romania. All of this activity comes under the auspices of Operation Atlantic Resolve.

Eastern Europe has been a beehive of military activity so far in 2016. Russia and NATO have been engaged in a prolonged series of moves and countermoves. From the forests of the Baltic States and Poland to the Baltic Sea and the skies above it, military units have been maneuvering and in some cases encountering forces from the other side. Sometimes on purpose, other times inadvertently. The perils that come with these encounters is very real and cannot be overlooked. The USS.Donald Cook encounter in the Baltic and the Russian interception of a USAF RC-135 provide perfect examples of situations where one wrong move can result in disaster and potentially lead to a shooting war.