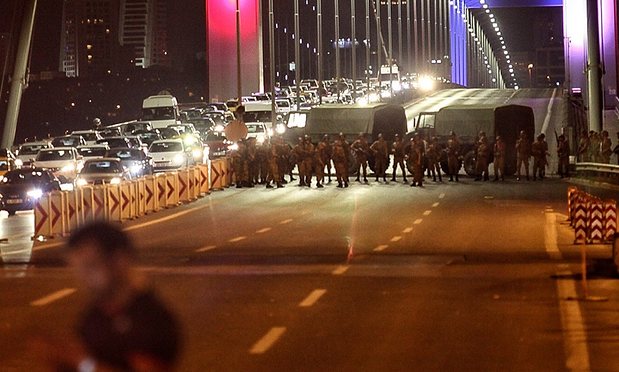 The situation in Turkey is fluid and confused. Solid news is unavailable. Instead, bits and pieces of the puzzle are emerging as the early morning goes on.

The latest reports and news as of 1817 Eastern Time…..

-President Erdogan claims otherwise. His current location is unknown, however he has given an interview via Facetime.

-Rumors abound that the commander of the Turkish 1st Army has been taken hostage.

-Erdogan is calling for his supporters to take to the streets