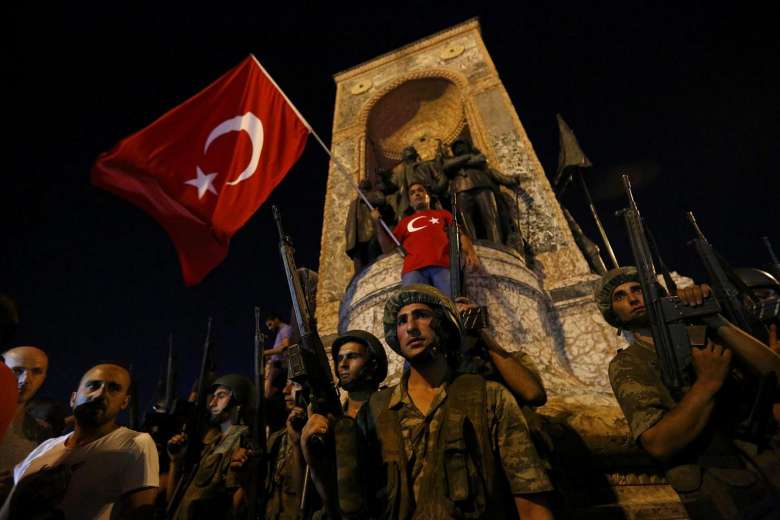 The attempted coup in Turkey is faltering at this hour as the military faction that seized control earlier today had failed to consolidate its hold on power. Turkish President Recip Tayyip Erdogan’s call for his supporters to take to the streets appears to have been answered. Erdogan’s aircraft has landed in Istanbul and already spoken to the nation. Erdogan claims the coup was launched by a minority group in the Turkish military. He called the uprising an act of treason and those responsible will face punishment.

News reports paint a picture of violent clashes between protesters and the military in Istanbul earlier in the morning resulting in 6 deaths and 100 wounded. The city appears to be calm right now, while the situation in Ankara remains unclear. The fact that Erdogan went to Istanbul instead of the Turkish capital indicates that the capital city might not be secure. Earlier a bomb exploded at the Turkish parliament building killing 12 and coup supporters have reportedly seized control of CNN Turk. There have been numerous other reports of clashes between military units and police units loyal to the government leading to casualties.

The situation is still  somewhat fluid and Erdogan’s return to power is not yet guaranteed. When he arrives back in Ankara it will be a concrete sign that he has resumed his duties and has full control of the military once more.