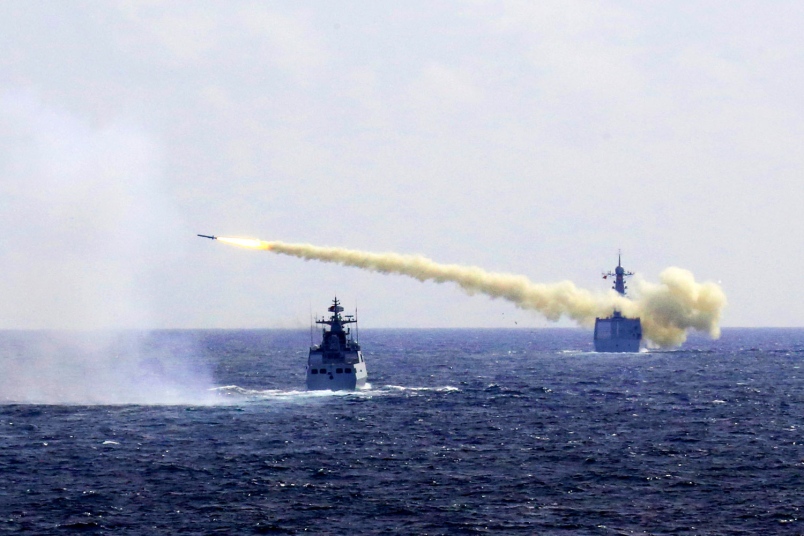 The People’s Republic of China’s latest responses to an arbitration court in the Hague’s ruling last month came in the form of a salvo. From diplomatic and legal declarations in Beijing to military exercises at sea, China is making a determined effort to counter the ruling, render it insignificant and establish its dominance in the seas around China.

It began on Monday with a live-fire exercise in the East China Sea. The political purpose of the exercise was to highlight Beijing’s determination to defend its sovereignty claims with military force if a situation requires. A statement released before the exercises officially described them in a practical, but somewhat alarming manner. “An information technology-based war at sea is sudden, cruel and short, which requires fast transition to combat status, quick preparation and high assault efficiency.”  The exercises included missile and torpedo firings, coordinated tactical maneuverings and the use of electronic warfare assets. Units from all of China’s fleets, naval aviation and coast guard took part. Although it was held in the East China Sea, the message was clear: China will use military power to defend its possessions.

The next moves came on Tuesday when China’s Supreme Court warned that illegal fishing in Chinese territorial waters could carry the penalty of a one-year imprisonment. The court defined those waters as including China’s exclusive economic zones. The South China Sea or the Hague ruling were not mentioned in the judicial interpretation. In fact, the court declared that Chinese holdings in the Spratly Islands are not entitled to an exclusive economic zone. That being said, the implications made by the court are clearly geared towards the South China Sea.

Shortly after the judicial interpretation was released, China’s defense minister General Chang Wanquan warned of offshore security threats and called for preparations for a ‘People’s war at sea” to safeguard China’s national sovereignty. Wanquan’s comments can be dismissed as political saber-rattling that will amount to nothing. The timing of the comments, along with the other Chinese activity suggest that it could be more significant though. Beijing is making a calculated effort to increase tensions in the region with the G20 meeting coming to China in early September.