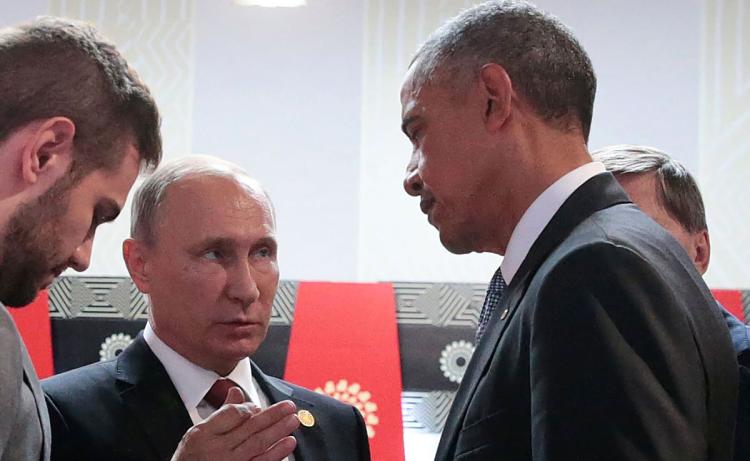 On the sidelines of the Asia-Pacific Economic Cooperation summit in Peru this weekend, Barack Obama and Vladimir Putin had what will probably be the final in-person discussion between the two before Obama leaves office on January 20, 2017. The talk was only four minutes long and predictably Aleppo was a major talking point. The Syrian government unleashed a massive air and artillery bombardment of rebel-held sections of the city last week in preparation for ground attacks by regime forces, which began on Friday. Civilian casualties from the bombings have been high with 240 confirmed deaths as of this morning. Yesterday, a family of six was killed by a barrel bomb reportedly laced with chlorine gas. Hospitals in the rebel-controlled section of Aleppo were also targeted. Over the past few days five have been struck and damaged severely. Airstrikes on Friday also knocked the last functioning hospital in the eastern part of the city out of commission. There are now no operational medical centers in eastern Aleppo.

On the meeting, a White House official released the following statement:  “On Syria, the president noted the need for Secretary Kerry and Foreign Minister Lavrov to continue pursuing initiatives, together with the broader international community, to diminish the violence and alleviate the suffering of the Syrian people.”

The offensive against Aleppo has been strictly a Syrian-only operation. Russian forces have not taken part in the strikes or effort on the ground. Moscow has stated that it is concentrating its military efforts in a neighboring province.

The situation in Ukraine was another topic touched on. Obama urged Putin to keep the Minsk agreements from collapsing and reminded him of the West’s commitment to maintaining the territorial sovereignty of Ukraine. Following a brief flare up of tensions and fighting in August, the situation in Ukraine has been relatively calm ever since. While Russia is moving quickly to bring about a favorable conclusion to the situation in Syria there are no indications that a similar move is expected with regards to Ukraine. Putin appears satisfied to let the situation remain in limbo until it will be possible to broach the subject with the Trump administration in 2017.