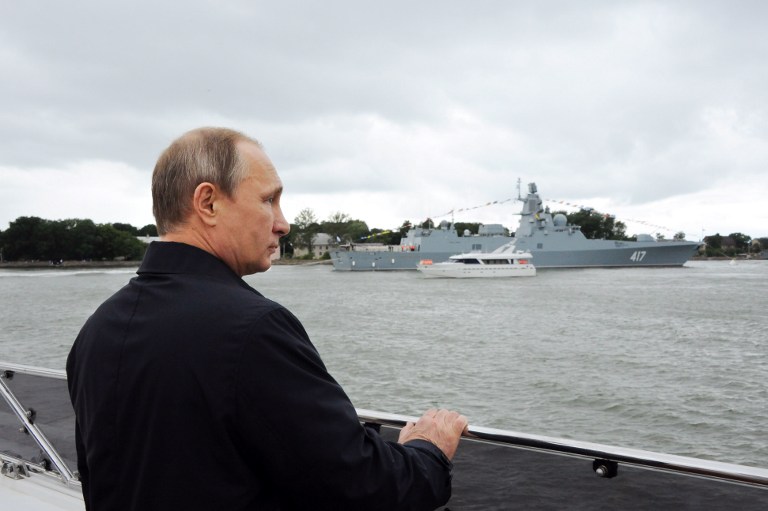 There has been a great deal of public concern and posturing by NATO over recent Russian military activity in the exclave of Kaliningrad. NATO officials and politicians from member-nations have labeled Russia’s movement of SS-26 Stone (Iskander) short-range ballistic missiles, SA-21 Growler (S-400) surface-to-air missiles, and now SS-C-5 Stooge (K-300P Bastion) land-based anti-ship missiles as ‘destabilizing.’ At first glance, the observation seems accurate. Russia is currently introducing a considerable number of these weapons platforms. The SS-26 Stones are particularly worrisome since they are nuclear capable. All of these platforms can be either offensive or defensive in nature depending on Moscow’s intentions.

Behind closed doors in Brussels, NATO military leaders understand what the motivation behind Russia’s buildup in Kaliningrad. Moscow has initiated it as a counter to the component of the US/NATO ballistic missile defense shield now under construction in Poland. The first site, situated in Romania, became operational in May of this year. That site does not concern Russia as much as the one in Poland does. Geographically, Poland is much closer to Russian territory than Romania. The placement of the Aegis Ashore site in Poland is viewed as a potential offensive threat by Moscow. Aegis Ashore uses the same vertical launch system and magazine that US Navy destroyers and cruisers are equipped with to launch SM-3 surface-to-air missiles. What makes Russia especially anxious is the fact that the VLS can also launch Tomahawk cruise missiles just as easily.

So Moscow’s latest moves are in response to Aegis Ashore coming to Poland, and the recent NATO military buildup in close proximity to Russia’s western border. Eastern Europe has become quite the chessboard in recent years with move and countermove between Russia and NATO continuing at a regular pace. The tension that comes with the situation cannot be discounted or minimized since Moscow’s view of the situation is strikingly different from NATO’s. With that in mind, it also has to be noted that the military buildups by both sides have been, for the most part, gradual and controlled.

The military situation in the Baltics and Eastern Europe could be one of the first challenges the Trump administration finds on its plate in January, 2017. President-elect Trump’s desire for better relations with Russia, Vladimir Putin’s own aspirations, and geopolitical realities will intersect. From that point, we could be looking at anything from a de-escalation of East-West tensions to a sharp rise in them leading to armed conflict.

*Authors Note- Between Thanksgiving and Christmas we will be taking a closer look at some of the foreign policy challenges that await the Trump Administration. Putin and the situation in Eastern Europe will be one of them*