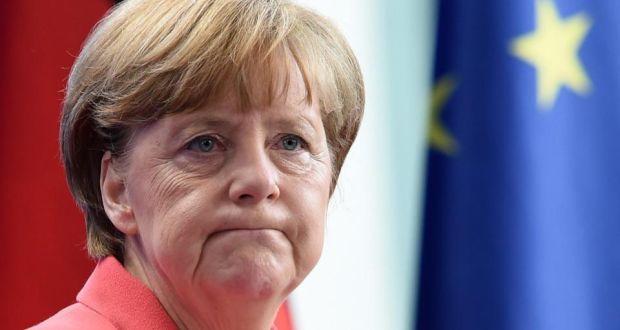 An apparent terrorist attack in the heart of Berlin days before Christmas. Berlin police have launched a new manhunt for the person responsible for the truck attack on a Berlin market that killed twelve and injured nearly fifty. ISIS claimed responsibility for the attack as Berliners face the reality that there is a terrorist roaming armed and free in their city.

While all of this is taking place, Chancellor Angela Merkel’s refugee policy is coming under renewed attack. Hours after the attack, a leading nationalist politician was referring to the victims as “Merkel’s dead.” This morning Bavarian Premier Horst Seehofer, a close ally of Merkel, said the time has come to rethink the chancellor’s immigration policy. In nine months she will be up for re-election and despite a comfortable 57% approval rating, yesterday’s attack showcased her vulnerability.

As a wave of nationalist populism surges across Europe and rearranges the political landscape in a number of nations, Merkel is aware that one false move could unleash that wave in Germany. Her handling of the refugee crisis has polarized German voters and set the nation’s politics into a period of uncertainty. Merkel’s center-right party has been losing ground in state elections to the nationalist Alternative for Germany party. While the chancellor has hardened her refugee policy in the second half of 2016, resulting in climbing approval numbers, the prevailing political winds, and this latest terrorist attack could be a menacing combination for Merkel to hurdle.

The general consensus in Berlin has been that Merkel is poised to win re-election in 2017. A terrorist attack on German soil has the potential to change the scenario and it might possibly be on the doorstep right now. 2017 could very well bring about a Trump Moment for Germany and put a left-leaning coalition in power. That scenario could potentially rock an already reeling European Union back on its heels and unleash many unforeseen circumstances across Europe and the world.

*Author’s Note- With the holiday season now upon us, most of this blog’s posts will be shorter than usual between now and New Years.*