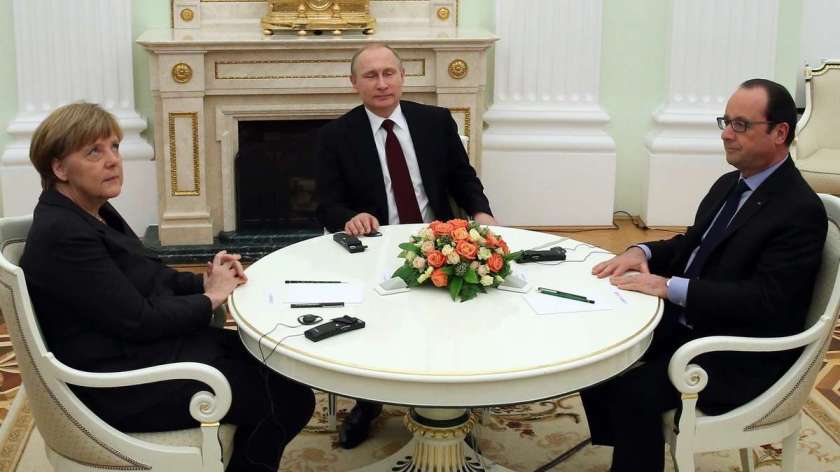 This afternoon President Trump and British Prime Minister Theresa May held a joint press conference as May’s visit to the United States comes to an end. Both leaders have hailed their talks as productive. The topics of discussion ranged from a potential post-Brexit trade deal to the situation in Syria, and Russia. Trump has agreed to a state visit to the United Kingdom later this year and it is safe to assume that we will be seeing Prime Minister May on this side of the pond quite often in the coming years. Suffice to say, the Special Relationship is intact and functioning.

The talks between May and Trump today were significant, however, Saturday could prove to be an even more pivotal day for the Trump administration’s foreign policy efforts. Trump and Vladimir Putin will speak by telephone tomorrow and the conversation could very well set the tone of US-Russian relations for the foreseeable future. Then again, maybe it will not. Despite the media speculation about the relationship between the two leaders, Trump has often remarked that he does not know anything about Vladimir Putin and the course that their relationship will take remains to be seen. Having said that, Trump has hinted at lifting some of the sanctions which the US has imposed on Russia. House and Senate Republicans have warned against the White House adopting a softer line with Russia. There have even been suggestions that legislation to enforce the sanctions might be pursued should Trump decide to lift them.

The President will also speak with German Chancellor Angela Merkel and French President Francois Hollande tomorrow. These conversations will go a long way towards giving America’s other major allies a feel for the new president. Today, Hollande referred to the Trump administration as a challenge for Europe, identifying trade and diplomacy as areas of concern. Both European leaders are major proponents of the European Union and continental unity in the face of a myriad of external and internal threats facing Europe. Their views are contradictory to Trump’s own in many ways. Tension already exists between Merkel and Trump, in large part because of his taking her to task over her immigration policy and the consequences it has had for Germany and Europe. The close relationship that Merkel shared with Barack Obama will likely not be repeated with his successor.

Hollande has been outspoken in his dislike for Trump. During the 2016 US presidential election, the French leader made remarks to the effect that he found Trump’s behavior disgusting. The populist right wing tidal wave Trump rode to victory in 2016 is another cause for Hollande to be concerned. 2017 is a presidential election year for France and the Socialist president is likely to face a massive challenge from France’s own version of Donald Trump in Marine Le Pen, should Hollande chose to run.

In any event, after tomorrow Putin, Merkel, and Hollande should have relatively clear ideas about how their relations with President Trump and the United States will pan out, and Trump will have the same of them.