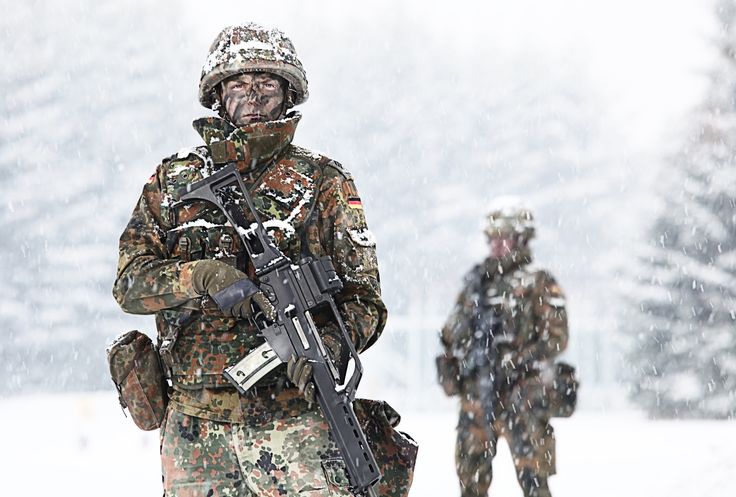 Germany has unveiled new plans to increase the size of its armed forces by 20,000 over the next seven to eight years. In her statement announcing the plan, German Defense Minister Ursula von der Leyen said that the Bundeswehr has “rarely been as necessary as it is now.” The statement leaves one to wonder whether Berlin’s motivation stems from complaints made by the Trump administration about many NATO members not carrying their weight militarily, or from the reality that a new security situation is forming in Eastern Europe is unknown. Frankly, at this juncture it does not matter. What does matter is that the German government is growing more committed to reversing the steep decline that has infected the Bundswehr since the end of the Cold War. That bodes well for Germany and the entire NATO alliance.

Details have not been released yet. There is no official word on how the 20,000 new recruits will be dispersed among the service branches which make up the Bundeswehr, however, it is safe to assume that the bulk will end up in the German Army, or as it is known in Germany, the HEER. The Luftwaffe and German Navy can use more manpower as well. In 2011 Germany ended conscription and set a manpower requirement for 185,000 soldiers in the post-conscription years. Right now, the Bundeswehr’s active strength sits at roughly 178,000. Manpower is not the only woe affecting the Bundeswehr. In 2014, equipment and spare part shortages, as well as maintenance issues became so troubling that there was concern Germany would be unable to live up to its NATO obligations.

Since that low point, Germany has taken steps to improve the readiness of its armed forces. Defense spending is increasing, the number of main battle tanks in active service is being expanded, equipment and maintenance issues with the Luftwaffe’s Tornado squadrons is being redressed. These actions, together with the plan announced today, are encouraging signs. But it is only a beginning and the road to the Bundeswehr becoming a first-rate military once more, will be a long one.

As a historical note, it’s useful to remember that France, Russia and Poland were all modernizing their militaries in 1939, looking ahead to have more capable forces fielded by 1942-43. Unfortunately, the Germans were not prepared to sit idly by and wait for their potential enemies to bulk up their forces before kicking off Act Two of the Great European Civil War.

Jumping ahead to the modern day, the hope is that there will be enough time for the Bundeswehr reforms to take effect. Whether or not that happens will not be up to the men and women in Berlin,  but the men in Moscow.