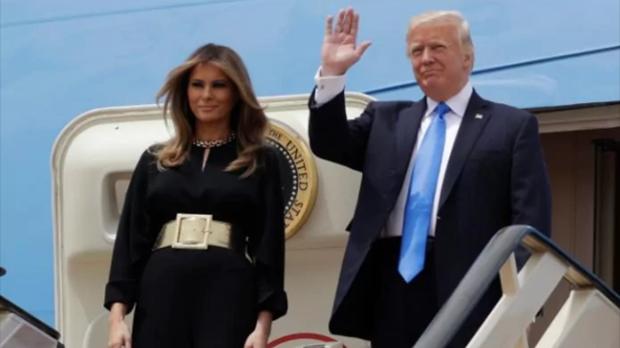 President Trump’s approach to America’s allies in the Persian Gulf region is markedly different from the policies and approach of his predecessor. For the last eight years, as Iran grew stronger and more audacious, the Gulf States were left to confront the situation without support or guidance from the United States. As the power and influence of ISIS increased, and the Arab Spring metastasized into a regional nightmare Washington remained on the sidelines to a great extent. Obama’s ‘lead from behind’ foreign policy doctrine was alienating some of America’s most important strategic partners and allies at a time when those nations were desperately seeking US leadership.

President Trump’s visit to Riyadh has made it clear that Saudi Arabia and the Gulf allies again have a steadfast friend in the White House. The strategic relationship is being rekindled, much to the delight of the Saudis. In a widely anticipated speech on Sunday to the leaders of 50 Muslim-majority nations, Trump called on those nations to take the lead in combatting radical Islamic terrorism, and its root causes. His speech was widely seen as an attempt to ‘reset’ relations with the Muslim world. He blamed Iran for much of the region’s instability, and characterized the war on extremism as a fight between ‘good and evil.’ Unlike his predecessor, Trump did not bring up human rights, or democracy. However, he did condemn the oppression of woman, something the Saudi government is seen to be guilty of.

The list of subjects discussed between Trump, and GCC leaders included threats to regional security and stability, Iran’s influence in the region, and Yemen. The civil war raging in that country is also a proxy war between Iran-backed Houthi rebels and Saudi/GCC- supported government forces. Iran’s move to support the Houthis came as part of a wider campaign to obtain a lasting strategic advantage over Saudi Arabia. The Saudis and its GCC allies could not stand idly by and allow Yemen to fall into Tehran’s sphere of influence. Saudi Arabia, leading a coalition of 9 Arab and African nations launched a military intervention in March, 2015. UN efforts to negotiate a ceasefire have been unsuccessful. The Saudis are holding onto the hope that US efforts to broker a ceasefire will materialize and be more fruitful.

President Trump next flies to Israel on Monday morning for a two-day visit.