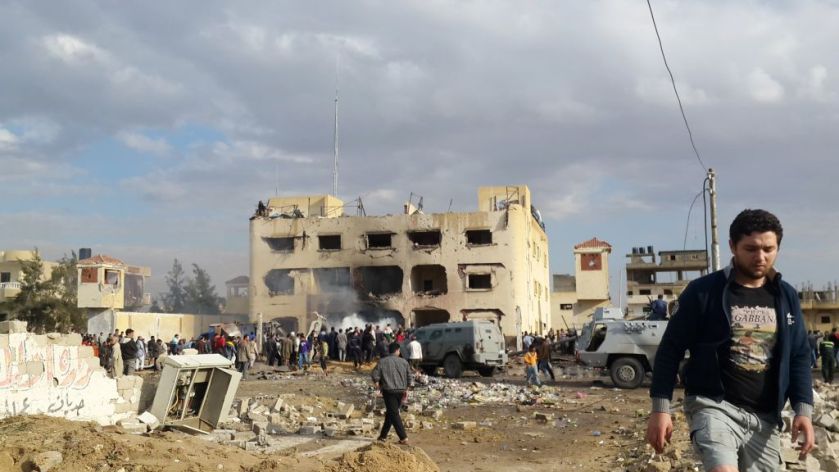 In the aftermath of the mosque attack in the Sinai last week, Egypt’s allies and neighbors are expressing surprise, frustration, and grave doubts about the ability of Cairo’s security forces to effectively combat the Wilayat Sinai affiliate of ISIS. The mosque attack was one of the deadliest acts of terror in Egypt’s history with over 300 dead and appears to have completely blindsided Egyptian security services. This is the second major failure by security forces in the past month. In late October 50 Egyptian policemen were killed in a botched raid against a Muslim Brotherhood hideout west of Cairo. After battling the Muslim Brotherhood and Wilayat Sinai militants for years now it is hard to comprehend exactly how these groups are carrying out such murderous attacks with ease.

For Egyptian President Abdel Fattah el-Sisi, the mosque attack is a challenge that needs to be met swiftly and with decisive force. Sisi came to power promising security, stability, and prosperous times for Egyptians in exchange for nearly-complete political control of the country. He has failed to deliver on any of the three promises, mainly due to his inability to stamp out the insurgency going on in the Sinai. Even before Sisi entered the political realm, the Sinai was a hotbed of terrorism. It’s the modern day equivalent of the Wild West in many respects. Wilayat Sinai, Al-Qaeda, and numerous other Islamist groups are active on the peninsula. Following the 2013 coup that saw former Egyptian president Mohammed Morsi ousted from power, the level of violence skyrocketed.

The United States is growing frustrated with Egypt’s lack of progress in battling the insurgency. Israel is concerned because an unstable Sinai is a threat to its security. Saudi Arabia is watching the situation closely, worried that Iran’s next venture could very well be increased support for the Sinai militants if the Egyptian military and security forces fail to get the upper hand. These are  three of the many good reasons why the Sinai situation should be watched closely in the coming months.