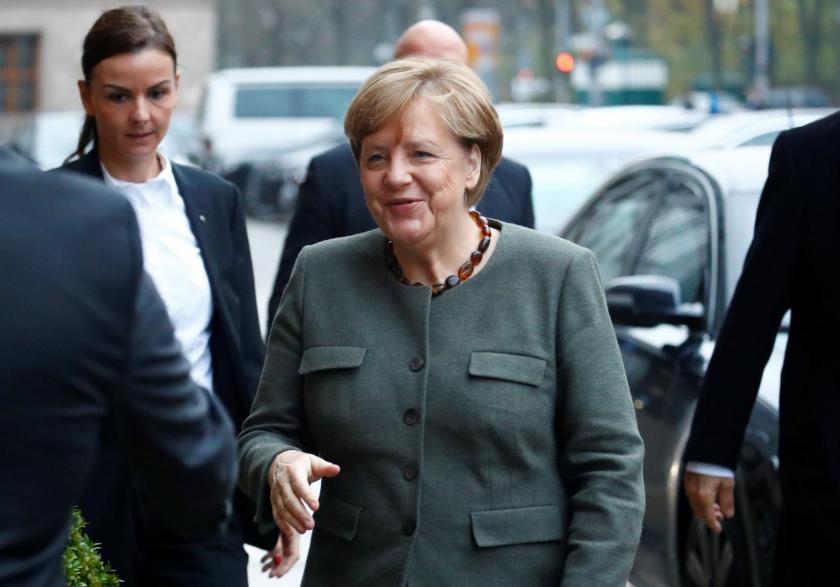 It all comes down to this for Angela Merkel. This week brings about what will likely be her final attempt to form a coalition government and end the political stalemate in Germany. Discussions are underway between Merkel and the leaders of the Social Democratic Party, with the German chancellor attempting to bring the SDP back into the fold of a new coalition. In the past, SDP had been part of a coalition led by Merkel, but when the party’s voter support for it diminished, SDP withdrew. This time around, even if Merkel receives the support of SDP leader Martin Schulz, he will need to gain the support of party membership before a formal agreement is reached. Given the proclivities of SDP voters concerning domestic issues, as well as Merkel’s polarizing effect, there is no guarantee the party will support joining a coalition that will reverse her political fortunes.

If Merkel fails to forge a coalition, her options are limited. She can continue ahead with a minority government. Without a stable majority in the Bundestag, it is unlikely that Merkel’s government  will be able to pass any major legislation, or tackle significant issues. The support simply will not be there for such ventures.

Another alternative is to hold new elections. Returning to the electorate would be a risky proposition which could see the government lose even more seats and muddle the situation in the Bundestag even more. Simply reaching the point where snap elections can be held is almost impossible for Merkel. To call for the elections, she must first request that German President Frank-Walter Steinmeier dissolve the Bundestag. Since Merkel is the head of a caretaker government, she cannot do this. A third, less realistic option is for Steinmeier to nominate her for an election by parliament however, the road there is also complex and fraught with potential pitfalls.

With its own agenda tied to Merkel’s political fortunes, the European Union is keeping close tabs on events in Berlin this week. The EU realizes it cannot make any major strides with Germany remaining on the sidelines and preoccupied with its own political drama. Brussels is eager to move forward, though its hands are tied until the mess in Berlin is resolved.