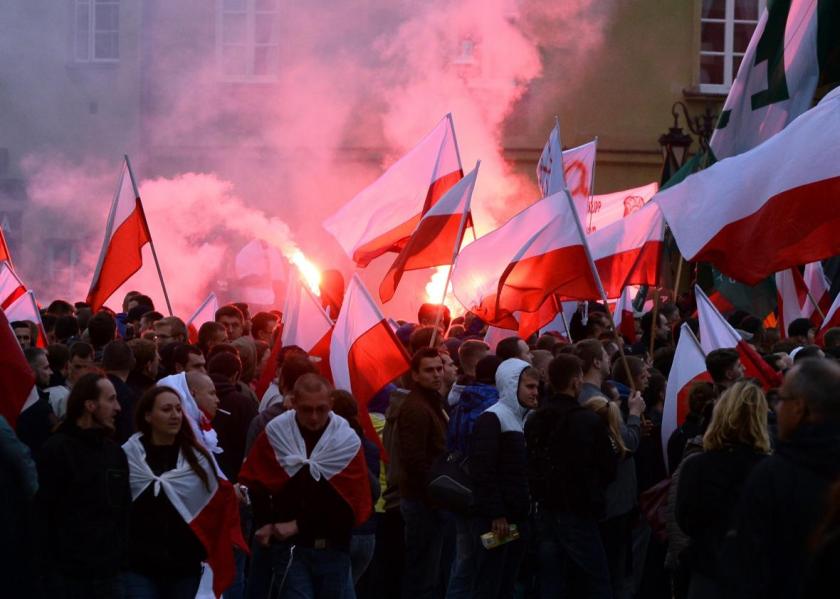 Until recently it has been generally accepted that the greatest threat to Poland lay to the east in the form of the Russian Federation. Under Vladimir Putin’s leadership, Russia has responded decisively to what it perceives as NATO and European encroachment of its traditional sphere of influence. Russia’s involvement in the Ukraine crisis following Euromaidan and the subsequent War in Donbass can be linked directly to its fear of NATO or the European Union co-opting Ukraine and molding it into a pro-West nation-state. Moscow cannot let this happen for a variety of reasons. As the fighting in Ukraine reached a stalemate, Russia began to shift its attention to the Baltics and its former satellite states in Eastern Europe. Russian military exercises set around the periphery of the Baltics and Poland, coupled with NATO military deployments to the region heightened tensions, and made the prospect of a future Russian-NATO clash in Poland seem a reasonable scenario.

While Russia remains a clear threat to Poland, its status as the greatest could be facing some competition. A newer menace to Poland and its sovereignty is developing in Brussels at the headquarters of the European Union.

The EU and Poland are moving towards a confrontation that could prove to be a crucial test for the Union. The right wing Law and Justice government in Warsaw has undertaken a series of moves that the EU regards as a challenge to EU principles. Even though Poland remains a proper democracy in every regard, the government’s attempts to reform the voting system, and judicial system rub Brussels the wrong way. Added to this is Poland’s refusal to accept refugees as part of the EU attempt to distribute asylum seekers from North Africa and the Middle East across Europe.

In December, the European Commission invoked Article Seven of the Lisbon Treaty, giving Poland three months to reverse its judicial reforms or face EU sanctions. This action projects the current differences as being a matter of the EU bullying Poland because it does not approve of the domestic decisions being made in Warsaw. Brussels claims otherwise, of course, but the fact remains that the European Union wants Poland to reverse its reforms and come in line with the supra-national body’s principles. In short, the EU seems determined to punish Poland for what it views as Polish defiance.

The brewing confrontation fits in well with a project on Poland I’m in the process of planning. Later this week I’ll post about it and then separately next week provide a deeper analysis of the EU-Poland rift.