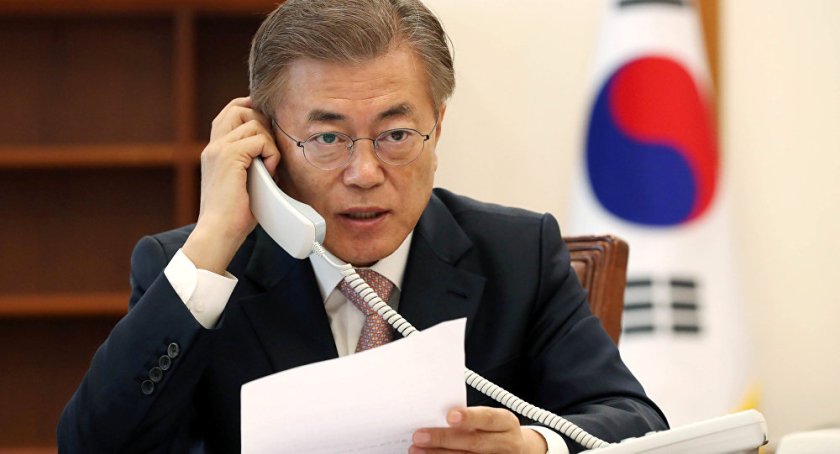 As South Korean President Moon Jae-in touts the progress his administration has made in improving relations with North Korea, many of his fellow countrymen remain skeptical about the sincerity behind North Korea’s promises to end missile tests, and close its nuclear test site down permanently. South Koreans may not be entirely jaded, but they’ve been down this road enough times to know from experience that the chance of the North living up to its promises is slim. Earlier attempts by South Korean leaders to improve relations between the Koreas have all been relatively short-lived. The relationship between North and South always returned to the bitterness, and hostility that has largely defined it since the end of the Korean War. Moon enjoys a high level of popularity among South Koreans at the moment. However, if his renewed Sunshine Policy doesn’t net results, Moon could be facing political problems at home and abroad.

Moon appears convinced North Korea is sincere and desires complete denuclearization. He has been open in his opinions, and, whether he is aware of it or not, has become an unsanctioned interpreter of North Korea’s perceived intentions. Others would consider him to be something more akin to a mouthpiece for his North Korean counterpart. His determination to seal the deal on North Korean denuclearization and attach it to a potential peace treaty is bold and perilous. If North Korea does forfeit its nuclear weapons, Moon’s political capital will soar. On the flip side, if the North decides to keep its nuclear weapons, or the love-fest Moon is promoting does not carry over to US-North Korean relations, the South Korean leader will be the scapegoat.

Moon’s role in the current drama playing out is quite significant. However, it would benefit him to remember that he is a supporting character. Inter-Korean relations are secondary to the standoff between the United States and North Korea over its nuclear arsenal. The direction events go in following next week’s meeting between Moon and Kim Jong Un will be determined largely in Pyongyang and Washington, not Seoul.