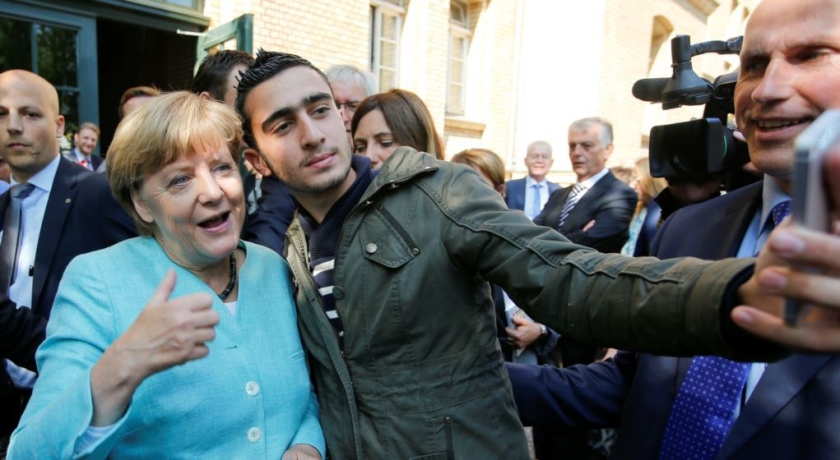 Since 2015, Angela Merkel’s political fortunes have been incontrovertibly tied to Europe’s migrant crisis and the immigration issue. Germany’s open border migration laws have seen 1.4 million refugees from the Middle East and Africa accepted in the last three years. This mass influx has led to a decline in Merkel’s political clout at home and abroad. As more refugees crossed into Germany with very little oversight or restriction, crime rates rose dramatically. Terror attacks sprouted up across the Federal Republic. Populist parties emerged from the political wilderness and began gaining acceptance in the mainstream with their anti-immigration positions. Germany’s federal elections in September, 2017 saw German voters turning away from Merkel’s CDU/CSU coalition and gravitating towards parties such as Alternative for Germany (AfD) and other Euroskeptic populist parties. The gains made by these upstart parties in the Bundestag forced Merkel to form a larger, more inclusive coalition government.

On Monday, the conservatives gave Merkel a two-week ultimatum to either reform immigration and asylum laws, or turn migrants away at the border. Germany’s Minister of Interior Horst Seehofer, is leading the charge. Seehofer stated that if no solution is reached by the end of the month, he will personally order German border police to turn back migrants. If no resolution is found, Germany could see itself in the midst of yet another political crisis, and Merkel will be fighting for her political life.

Holding true to her modus operandi, Merkel is turning to the European Union for help. EU heads of state will meet in Brussels at the end of June and immigration will be a hot topic. Merkel is already pressing for a ‘European solution,’ either in the form of a continent-wide immigration policy, or convincing other EU member-states to take in more migrants. With more populist governments taking power in Europe recently, few nations will probably be receptive to the idea of accepting more migrants, and refugees. The new third-rail in European politics seems to be immigration. Continental leaders who agree to raise the number of immigrants their respective nations will accept are running a dangerous risk. Contrary to what many media outlets, or the European Union would say, the mood in Europe right now is decidedly anti-immigration.

Merkel has learned this the hard way.