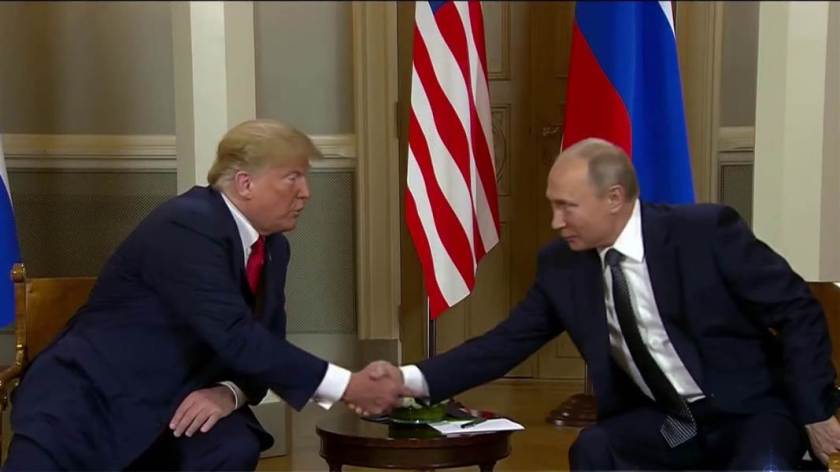 To put it bluntly, Vladimir Putin rolled President Trump in Helsinki yesterday. Plain and simple. Collusion between the Trump campaign and Russia during the 2016 presidential election, and independent Russian attempts to influence the election took front stage. Obviously I was not in the room when Putin and Trump sat down for their private discussion, though its safe to assume that Putin steered the discussion in the direction of the collusion topic, and there it remained for the duration. No major geopolitical, or defense issues were deliberated or resolved. Syria, nuclear proliferation, and a handful of other issues were briefly mentioned in the press conference statements by Putin and Trump, yet nothing substantial.

So, where does the Helsinki summit leave US-Russia relations now? Essentially, in the same place they were before Trump and Putin arrived in Finland. President Trump had an excellent opportunity to confront his Russian counterpart on a host of matters from possible Russian collusion in US elections, to Russian activity in Syria, Ukraine, and other places around the world. Instead, the US president chose a less confrontational approach, and he learned firsthand what Vladimir Putin is all about.

Trump’s experience in Helsinki is eerily similar to John F Kennedy’s first summit with Nikita Khrushchev in Vienna, in June, 1961. Kennedy came to Vienna confident he could reach an agreement with Khrushchev on Berlin, Laos, or Cuba. It did not happen. Kennedy walked away empty-handed, and admitted frankly, “He (Khrushchev) beat the hell out of me.” Fortunately, Kennedy recovered from his dismal performance in Vienna and challenged the Soviets when they moved to solve the Berlin, and Cuba matters to their advantage.

There’s little question that Russia will challenge President Trump and the United States soon. Although there was clearly no collusion between the Trump campaign, and Russian government in the 2016 election, it is nearly certain that a major Russian intelligence operation was launched during the US election cycle. The success of this operation can be measured by the amount of distrust, and confusion it has brought to American political, and intelligence circles. As US attention remains focused inward, Russia will eventually use this to its advantage and move. Maybe in Syria, or Ukraine. Or, perhaps to spark a new flashpoint in another area, make rapid gains, and solidify them before the United States is able to respond effectively.