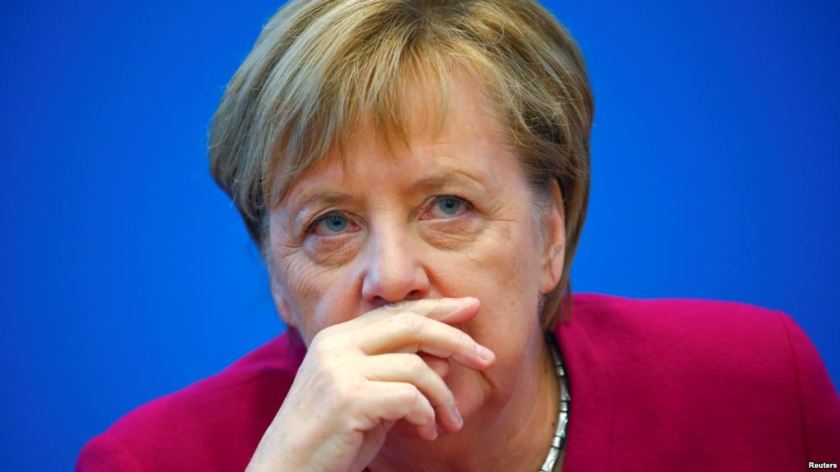 Today’s announcement by Angela Merkel concerning her political future was something of a foregone conclusion. The embattled German leader will step down when her current term as chancellor ends in 2021. Nor will she be seeking reelection as the leader of the Christian Democratic Union party (CDU) in December. The big question in Berlin at the moment is whether or not Merkel will be able to survive politically until 2021. Merkel’s announcement today will eventually strip her of her influential powers in Europe and internationally, as well as on the domestic front.

For years she has been the unofficial Godfather of the European Union. For years her support was essential to the creation, and expansion of many EU economic and political policies. If Merkel supported a certain policy or decision, it would blossom. If she opposed it for whatever reason, it would never see the light of day. Even as the effects of Merkel’s decisions on the migrant crisis negatively impacted the continent, the EU and Brussels continued to follow her lead. The same held true through the rise of right wing populist political parties around Europe, and the growing anti-EU sentiment in many nations. As long as Germany, and Merkel appeared politically stable, the EU refused to panic.

All of that began to change last September when the major political parties in Germany all suffered heavy losses in the federal elections. Merkel’s re-election as chancellor did little to prevent the government from entering a six-month coma as efforts to build a grand coalition got underway. Finally, in March, 2018 a grand coalition was formed. The domino effect was already underway though. The major parties of the grand coalition sustained heavy losses in last month’s Bavarian state elections, bringing on concern about the future of the coalition, and of Angela Merkel’s chancellorship.

Sunday’s election results in Hesse proved to be the last straw. CDU saw its share of the vote drop by 11 percentage points. Merkel’s declining popularity undoubtedly proved to be the major reason for CDU’s slide. The fact that she is standing down as the party leader will bring about a temporary reprieve, but it will not change the fact that her grand coalition is now perilously vulnerable. Its survival is now dependent upon the Socialist Democratic Party (SPD). SPD’s losses in Hesse were significant. Its share of the vote was down by 30.7 percent, the worst results there since 1946.

In the coming months, if SPD cannot show its members that its place in the coalition is benefitting the party, it will likely leave. SPD’s departure will likely sink Merkel’s grand coalition, and turn out to be the final nail in her political coffin.