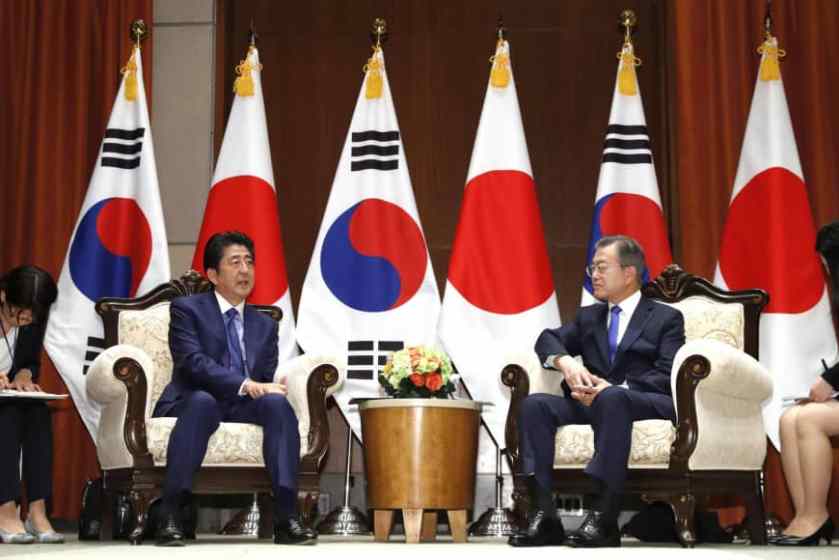 The relationship between Japan, and South Korea is best described as ‘allies and economic partners by necessity and circumstance.’ Remove nuclear-armed North Korea, and an increasingly powerful China from the equation and it is unlikely Tokyo and Seoul would even be civil enough to give each other the time of day. The geopolitical, and economic realities of the present demand the two states work together on a variety of issues. This does not mean either one has to like it, however.

The two nations share a troubled history. In 1910 Japan annexed Korea and ruled the peninsula until its defeat in 1945. During the period of colonial rule, the Japanese mistreated and exploited Korean citizens. The two most notorious examples of this abuse are found in the wartime labor practices, and the use of Korean females as ‘comfort women.’ These practices reveal that Japan seemingly enslaved the Korean populace during World War II to support its war effort.

These points have continued to dog Japanese-South Korean relations for decades, from the end of World War II up to the present day. Even though the two nations normalized relations in 1965, there was always a layer of tension right beneath the surface. Periodically, that tension has boiled over and set back the relationship for a period of months, or even years.

At present, Japan-South Korean relations have deteriorated to their lowest point since the 1960s. Tensions were raised considerably by an incident in December, 2018 when a South Korean destroyer locked its radar onto a Japanese P-1 patrol aircraft. Both sides disagree on the series of events that took place, and the context. Nevertheless, the disagreement has escalated and pushed the historical disputes mentioned earlier to the forefront once more.

With a US-North Korean summit approaching, and China’s economic troubles raising concerns, this is hardly the ideal time for two of the most stable nations in the region to be at odds. Even more so, this is not the time for two of the United States’ closest allies in the Western Pacific to  be distracted. Not surprisingly, some observers, and journalists have laid the blame for the current Japan-South Korea troubles on the White House. While it is true that the Trump administration’s handling of US allies has been very different from his predecessor, blaming the White House is an empty-headed move motivated by politics.

Still, Washington will have to step in sooner or later if relations do not improve. The US needs to play the role of a concerned friend, or  mediator instead of choosing a side. There is simply too much at stake in the region for two of America’s closest allies to be adding to the tension, and instability that’s already present.