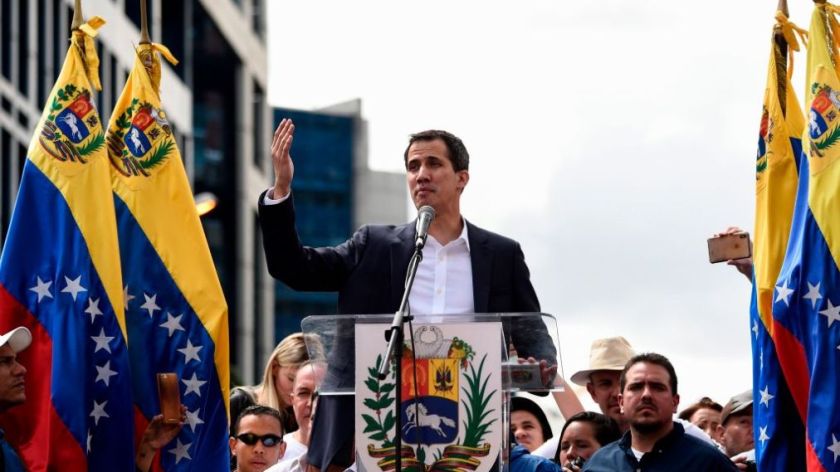 Juan Guaido appears to have lost the initiative in his drive to unseat Nicolas Maduro from power. Whether this is a temporary setback or not remains to be seen. However, for the moment Maduro has the upper hand. Emboldened by the arrival of a small number of Russian troops in Venezeula, Maduro has gone on the offensive against Guaido in recent weeks. The self-declared interim president of Venezuela has had his bank accounts frozen, been banned from traveling outside of the country, and been prohibited from running for office. On Tuesday another shot was fired across Guaido’s bow when the Constituents Assembly stripped him of immunity, potentially paving the way for his arrest in the near future.

Guaido is the biggest threat the Maduro regime has had to contend with in its tenure. He has gained a wave of international support, as well as temporarily galvanizing the opposition movement at home. Unfortunately, Guaido seems to have overplayed his hand a bit. Instead of being focused on mobilizing the Venezuelan people, and spearheading the drive to bring about regime change at home, Guaido appears to have been relying on international pressure to bring Maduro down. If this is the case, Guaido has erred. Regime change begins at home, contrary to the lessons that came from Operation Iraqi Freedom. The United States especially would love to see Maduro exit the stage, whether voluntarily or otherwise. But the Trump administration is not about to launch Operation Venezuelan Freedom if Guaido is arrested in the coming days.

From the geopolitical standpoint, the arrival of Russian military personnel in Venezuela cannot be overlooked. Though small in number, a Russian toehold in the Western Hemisphere is producing fits in Washington. Despite the similarities, Venezuela is not Syria. Russia cannot hope to prop up Maduro to the same degree that it did Bashir al-Assad. Nevertheless, Moscow is betting that the presence of its troops will at least force the United States to reconsider any military action against Venezuela should Guaido be detained.