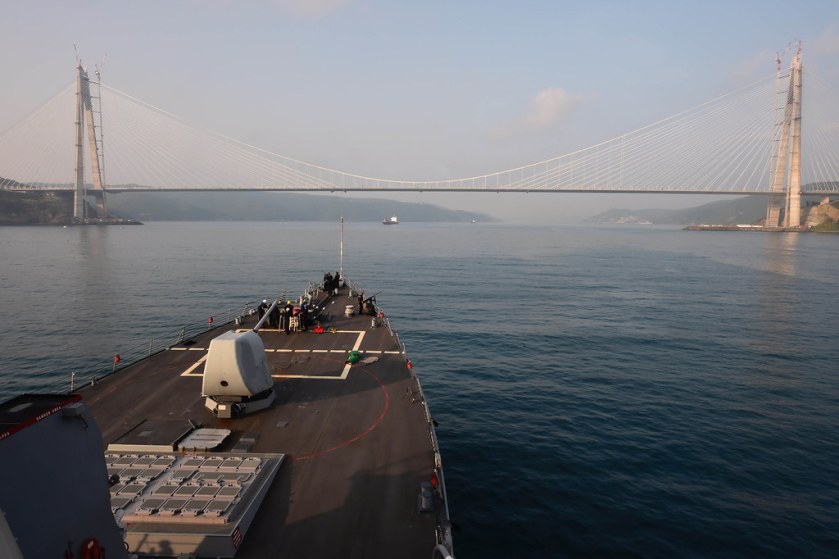 The Black Sea has become a beehive of naval activity in recent days as NATO’s annual Sea Shield exercise is underway off the coast of Romania, and Russia’s Southern Military District is running a series of high-profile exercises as well. The Russian exercises have been billed as a counter to Sea Shield. The competing exercises come at a time when military tensions in the Black Sea region are rising. Russia has become more aggressive, especially in the waters around the Crimean Peninsula. Over the past year, NATO has been focusing more attention on the area. In 2018, NATO warships spent 120 days in the Black Sea, an increase of 40 days from the year before.

The clash between Ukrainian and Russian ships near the Kerch Straits in November, 2018 has served as the catalyst for the most recent round of tensions. The US Navy has made it a point to have at least one ship in the Black Sea most of the time. The amphibious assault ship USS Fort McHenry entered the sea in January. Her visit was followed by the destroyer USS Donald Cook, which has been to the Black Sea twice this year so far. The latest US warship to pass through the Bosphorus was the USS Ross, another Arleigh Burke-class destroyer, which came through on Sunday night.

Russia is monitoring the movement of the destroyer and government officials have publicly stated on state news outlets that the appearance of Ross in the Black Sea is viewed as a provocative action. Moscow has long regarded the Black Sea as a Russian lake. Seizing the Crimean Peninsula from Ukraine in 2014 has allowed Russia to expand its maritime power in the region and more effectively enforce its proprietary attitude on its Black Sea neighbors, and to a similar extent, on NATO.