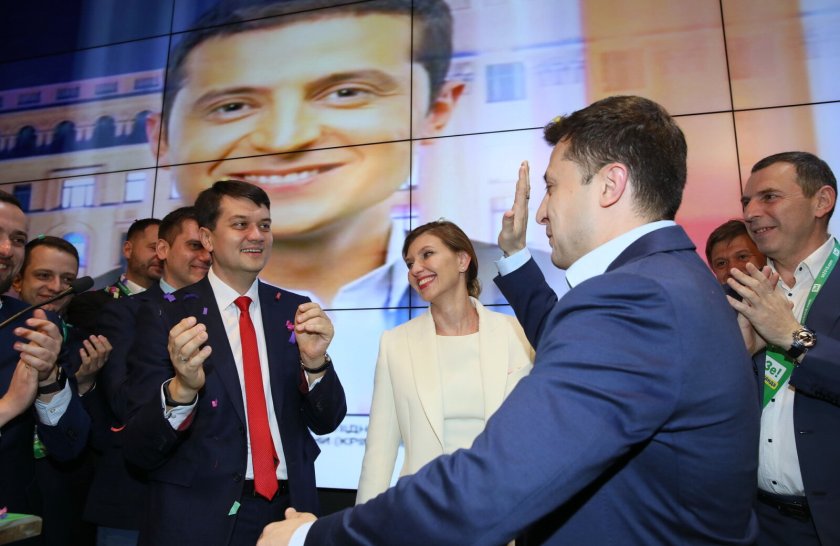 The 2019 Ukrainian presidential election has concluded and comedian Volodymyr Zelenskiy will be Ukraine’s next president, having soundly defeated incumbent Petro Poroshenko. Zelenskiy has been carried to power by a tidal wave of electorate disillusionment and frustration. Five years after Euromaidan and the majority of Ukrainians find themselves no better off. Citizens are worn down by economic hardships, continued rampant corruption at every level of government, and the seemingly endless war in the east. The voters chose Zelenskiy not because they believed him to be the best candidate. He presented no positions on policies, and ran an orthodox campaign which kept him out of the public eye for the most part. Little is known about who Zelenskiy really is or what he believes. He was elected mainly because he is a political outsider who’s best known for playing the Ukrainian president in a satirical television show. Fiction has become reality for Zelenskiy, and the nation he’s been elected to serve.

The new president is assuming control a geopolitical hotspot at a critical time. He is facing significant challenges and will be under the microscope from the second he takes power. Zelenskiy has stated his first priority is to secure the safe return of 24 Ukrainian sailors who have been held by Russia since November, 2018 following the capture and detention of 3 Ukrainian ships and their crews by Russian naval officers in the Black Sea. How Zelenskiy handles Russia is of major concern to the international community. US and European diplomats are hoping Zelenskiy does not open direct talks with the Russian-backed separatists in the east. Doing so will give credence to the Russian position that the war in eastern Ukraine is an internal matter. Moscow’s reaction to Zelenskiy has been muted so far, though it is safe to assume Russia will make an attempt to feel out the new Ukrainian president and his positions in the near future.

It is imperative for both the Kremlin and the West to gain a solid feel for the path Zelenskiy’s policies will take in the coming months.