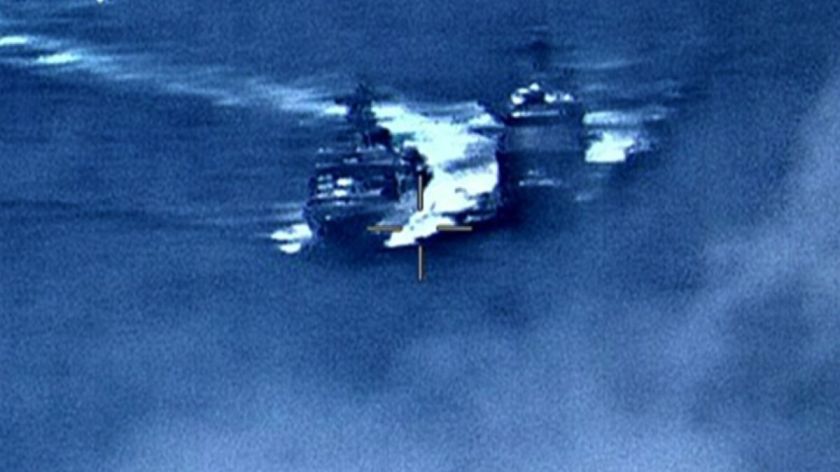 With BALTOPS 2019, a major NATO maritime exercise set to begin in two days, it should come as no surprise to see Russian naval and air units actively harassing their US counterparts in other parts of the world. This has been the pattern in recent years. In the leadup to a major exercise, or when NATO or the United States make a military move that Russia regards as unfriendly, incidents of harassment generally begin and last for a few days.

Today’s incident took place in the Philippine Sea, The Russian Udaloy class destroyer Admiral Vinogradov almost collided with the US cruiser USS Chancellorsville. The Russian destroyer made an “unsafe maneuver” placing itself only 50-100 feet away from the US warship. “This unsafe action forced Chancellorsville to execute all engines back full and to maneuver to avoid collision,”  7th Fleet explained the consequences of the Russian action in a released statement. Russia has insisted it was the Chancellorsville that hindered passage of its destroyer. Predictably, each side has dismissed the other’s version as being propaganda.

This was the second harassment incident between US and Russian forces in recent days. Earlier this week, a US Navy P-8 Poseidon patrol aircraft was intercepted by a Russian Su-35 fighter off the Syrian coast. The Russian plane undertook a series of dangerous maneuvers in close proximity to the P-8, though fortunately no collision took place. The US has lodged a formal complaint over that incident, although it is not expected to make a difference. These dangerous harassments will likely continue in the future.