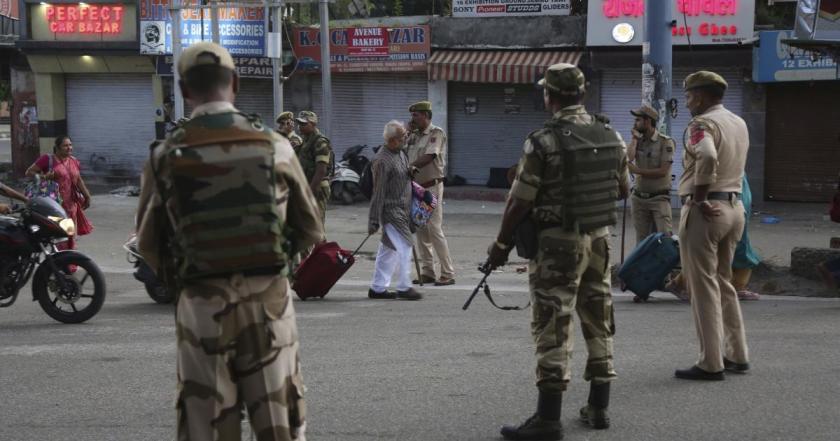 The beginning of the week has been a volatile one across the world from the Middle East to Asia. I am coming off of a long weekend and feel the best way to begin the week on here is with a brief on some of the world’s brightest flashpoints at the moment.

The Indian government has decided to fully incorporate the Muslim-majority state of Jammu and Kashmir (J&K) into the nation. It will become a union territory and the central government in New Delhi will assume considerably more control over the state’s affairs. The Kashmir region has enjoyed almost full autonomous authority since 1949. Article 370 of the Indian Constitution, the section of the document allowing J&K to conduct its own affairs, will be scrapped. Last week, a buildup of army troops, and paramilitary police in Kashmir, coupled with government warnings for visitors to leave the region immediately, foreshadowed Monday’s announcement. Unrest is expected and will likely occur. The growing concern in the region and around the world is what Pakistan’s reaction will be to India’s move. It will likely intensify tension between the rivals, who have fought multiple wars over the Kashmir region in the past. The Pakistani government has called for a joint session of the nation’s parliament today, and the military leadership has begun discussions on ‘regional security.’

Turkey has started moving forces onto its border with northwestern Syria as a major offensive against the US-backed Syrian Kurdish forces in that area becomes likely. A military move against the Kurds by Turkey will significantly ramp up already high tensions between Ankara and Washington. A delegation of US military officials is presently in Turkey and conducting talks aimed at heading off the Turkish offensive. Whether or not the Turks heed the US warning remains to be seen.

Following a sudden, and sharp drop of the yuan against the dollar, the US Treasury has designated China as a currency manipulator. The exchange is the latest as the US-China Trade War shows no signs of letting up anytime soon. The US viewed the drop in the yuan’s value as a deliberate move by Beijing to make China’s products cheaper on the international market and circumvent US tariffs. Stock indexes around the world reacted negatively to the Chinese action, and the US label, especially Wall Street which saw its worst trading day of the year. Today, China’s central bank set the yuan’s official position above the 7 yuan-to-the-dollar mark, bringing it out of currency manipulation territory and calming world markets. It is becoming clear, however, that the US-China Trade War will likely escalate further before it calms.