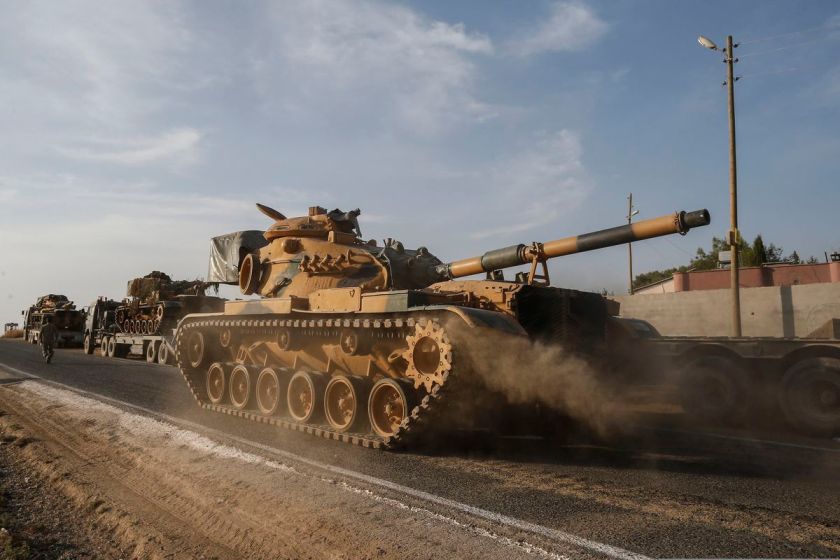 On Monday, President Trump indicated he will soon sign an executive order placing considerable economic sanctions on Turkey in response to its ‘destabilizing’ offensive in northeastern Syria. Sanctions indicate that Turkey has in fact gone ‘off limits’ with some of its actions, a fear Trump has voiced recently. Earlier today, the president was specific when indicating some of the economic actions to be taken against Turkey ahead of the executive order. Negotiations on a $100 trade deal between the US and Turkey will end immediately, and steel tariffs will be placed back up to 50 percent.

The executive order will bring on more aggressive measures. According to news sources in the US who obtained a copy of the order it will declare a national emergency to “address the situation in and in relation to Syria, and in particular the recent actions by the Government of Turkey to conduct a military offensive into northeast Syria.” Current and former Turkish government and military officials will be targeted.

The situation in northeastern Syria has grown increasingly unstable since Turkish forces crossed the border. The apparently intentional artillery shelling of a US base by Turkish troops is but one of the incidents that has prompted Trump’s decision to implement sanctions. Aside from the shelling, news of the Syrian government’s decision to deploy troops in the northeast to aid Kurdish and SDF forces, and confront the Turkish invasion.

Trump is hoping the economic sanctions will help the US get out in front of the recent developments, and with luck bring Turkey’s war aims back down to a realistic level.

This will be discussed more tomorrow, along with some discussion about Turkey’s precarious relationship with NATO, and its future.