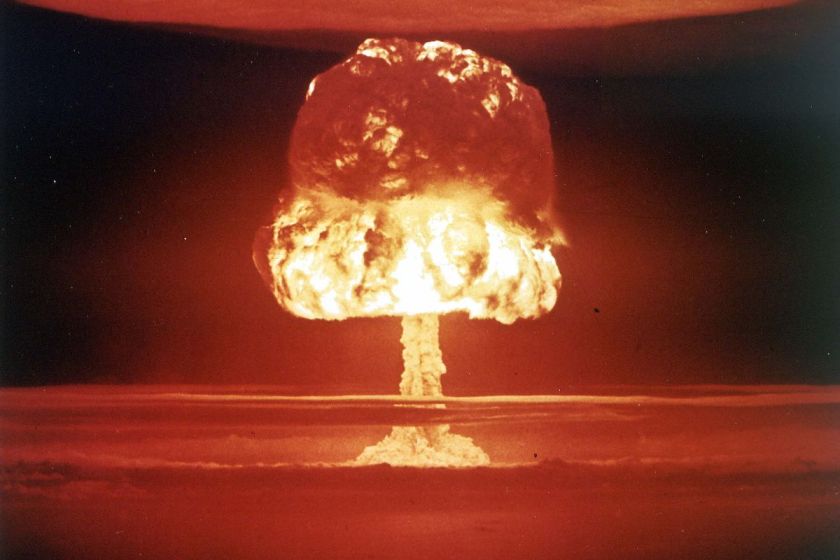 The Bulletin of Atomic Scientists held a press conference at the National Press Club in Washington DC on Thursday and revealed time on the allegorical Doomsday Clock has been advanced to a point less than two minutes before midnight, making the time on the clock roughly 11:58:20. Pushing the clock past the two-minute mark is a symbolic warning to the world that a human-caused nuclear annihilation  is more probable now than at any point since the clock was originally set in 1947. In fact, this is the closest to midnight that the clock has ever been.

The president and CEO of the Bulletin said in a statement, “”We are now expressing how close the world is to catastrophe in seconds — not hours, or even minutes. We now face a true emergency — an absolutely unacceptable state of world affairs that has eliminated any margin for error or further delay.” Added to the scientists’ grave concerns about nuclear weapons was climate change. Specifically, global leaders who have denied the science of global warming. How climate change, or opponents of global warming tie into nuclear doomsday isn’t too clear. My personal opinion is that the Bulletin’s board of sponsors, who are consulted before a decision on the clock is finalized, have decided the time is right to throw climate change in with other doomsday and apocalyptic scenarios. This is a continuation of the trend we are seeing in legislative bodies around the Free World in the past eighteen months. Left wing, and liberal lawmakers have been pressing for the funds to combat climate change before it is too late. Here in the US, freshman Representative  Alexandria Ocasio-Cortez has relentlessly pushed a New Green Deal that would stop climate change before it is too late. Cortez has warned that civilization has just twelve years remaining in which to do something about climate change otherwise it will wipe out humanity. She also believes that cows need to be banned because their flatulence leaves a massive carbon footprint.

Personally, I think she doesn’t know what she’s talking about. But I’m not a scientist or climatologist. Then again, neither is she….

As for the threat of nuclear war, it has always been there and will remain until the last nuclear weapon is dismantled. I just think it’s sad that the Bulletin is now using the Doomsday Clock to advertise and push its climate change agenda. But to be frank, scientists have never fully understood or grasped geopolitics or the role nuclear weapons play in today’s world.