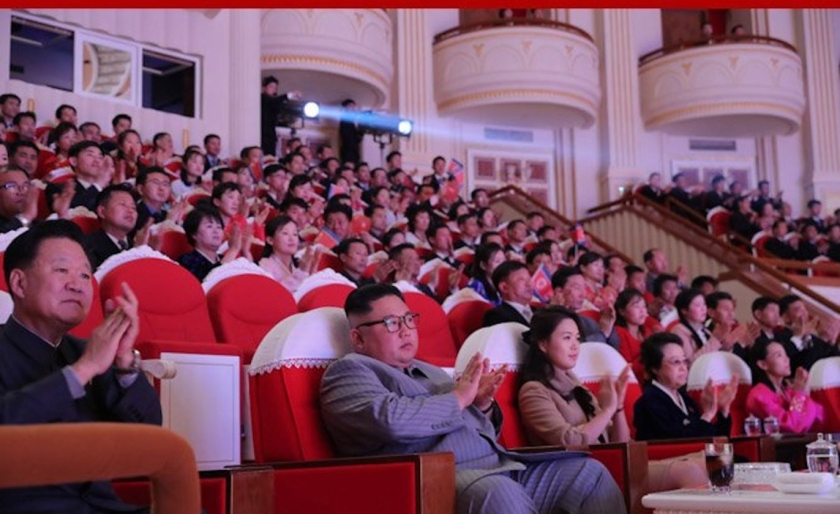 Since late December North Korea’s government has undertaken a massive propaganda effort to prepare its citizens for difficult times ahead. The optimism, and expectations following almost two years of discussions between Kim Jong Un, and President Trump appear to have faded away entirely in Pyongyang.  The writing on the wall has become painstakingly clear. There will not be a new age of more open relations between North Korea and the world. There will be no economic enrichment after decades of depression-era living conditions inside of the North. Relations between the US and North Korea appear to be regressing to what they were pre-2018.

The government has been using state media, propaganda, and public events to warn the population of increased US and international pressure, and further economic hardship in the months to come. During last weekend’s Lunar New Year celebration a major theme was celebrating the national leader’s ability to overcome adversity. This is hardly a new message, yet the timing suggests that North Korean leadership is not counting on any improvement on the diplomatic front happening anytime soon.

Publicly, North Korea is telling the world it is no longer compelled to halt nuclear and missile tests, pointing to the United States’ failure to meet the year-end deadline imposed by Kim as the reason. In private, however, North Korean officials have indicated their government is still seeking sanctions relief. How the North plans on obtaining that relief is unclear. Over the weekend reports surfaced concerning a spike in vehicle activity at the Sanumdong missile research center. Experts suggest it could mean preparations are underway for a new missile test at some point in the coming weeks. These reports dovetail nicely with Friday’s comments by US Secretary of Defense Mark Esper about North Korea obviously attempting to build a long-range nuclear weapon (an ICBM more or less) with the ability to carry a nuclear weapon.

If this is the path North Korea believes will lead to sanctions relief, Kim Jong Un had better think again.