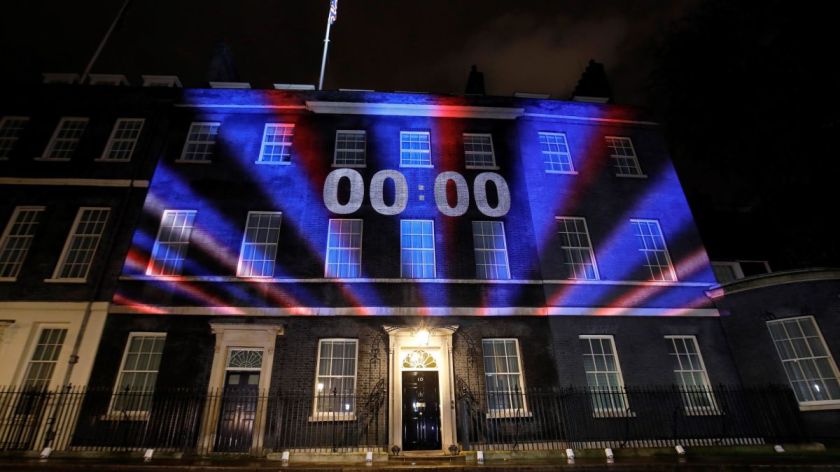 It took nearly four years to finally happen but Brexit is now reality. At 11:00 PM on 31 January (6 PM local time here in the eastern US) Great Britain formally left the European Union. Prime Minister Boris Johnson described the night as not an end, but a beginning. In Parliament Square, and across the British Isles Brexit supporters celebrated. Understandably, Pro-EU Britons were not in a celebratory mood. Vigils were held, as well as anti-Brexit demonstrations although the point of these is unclear since Brexit is now a done-deal.

Now Britain will contend with what comes next. The problem is, no one knows just what that will be. In the coming days and weeks Britons will not see any immediate changes. The transition period remains in effect until 31 December, 2020 keeping EU laws in force for the rest of the year. The next step for the British government will be to come to terms with the EU on a permanent trade agreement by then. That will not be an easy task as many European leaders have been warning.

The next year will undoubtedly be filled with the same sort of grim warnings from the continent about the difficulties Britain will face without the protection of the EU. Supporters of the European supranational body in the UK will likely be outspoken on the topic. However, the voters in Britain have spoken…multiple times, as the case has been, and the position of the majority is now etched in stone. There will be no going back now, or at any point in the future. For better or worse, Brexit has taken effect and the destiny of Great Britain now sits entirely in the hands of its citizens.