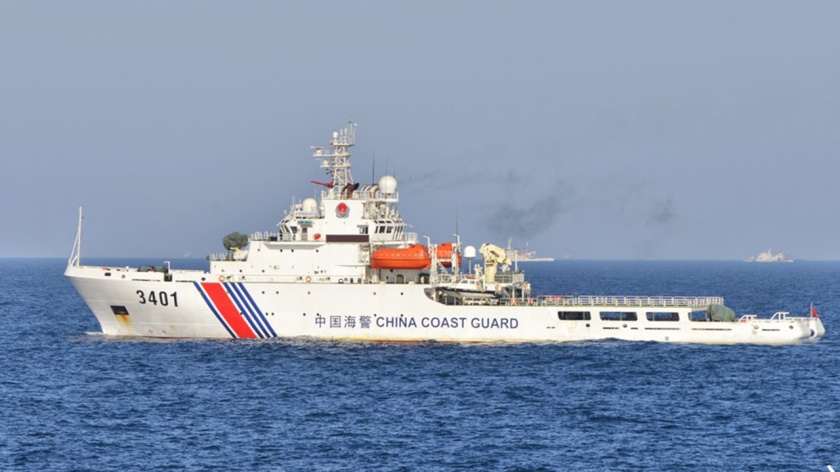 Despite a global pandemic, the South China Sea has become more active over the past week, owing in large part to China’s aggressive posturing in the area. Concern is growing now with COVID-19 seriously affecting US Navy readiness in the Pacific, China could be preparing to take advantage of the pandemic and assert its dominance over the South China Sea. Since the start of the COVID-19 outbreak China has expanded its claims in the sea, announced new research stations at its military bases on Fiery Cross Reef and Subi Reef, and has started landing military aircraft at Fiery Cross.

Late last week a Vietnamese fishing boat was rammed and sunk by a Chinese coast guard ship near the Parcel Islands. Vietnam’s Ministry of Foreign Affairs claims the boat was conducting normal fishing activities in sovereign Vietnamese waters. Shortly after the incident the Chinese laid the blame on Vietnam, claiming the fishing boat was in illegally fishing inside of Chinese territorial waters. Both nations lay claim to the Parcel Islands and this incident is helping to ramp up tensions between them. On Wednesday, the Philippines rebuked Beijing and released a ‘statement of solidary’ with Vietnam. The move came as something of a surprise given the large amount of aid China has given to the Philippines during the coronavirus crisis, and the fact that Manila’s stance on the South China Sea dispute has softened in recent years.

Yesterday, a US Navy destroyer transited the Taiwan Strait amid increasing Chinese air activity in the area. US reconnaissance and ELINT aircraft arrived and were operating in the vicinity later in the day. Since mid-March, following a surge of US Navy activity in and around the South China Sea, PLAN (People’s Liberation Army Navy) exercises, and activity have become almost daily occurrences. Now, with a growing number of US 7th Fleet warships contending with infected crewmembers, the PLAN operations tempo could be rising once more.

China’s moves in the South China Sea have to be monitored closely now with the world’s attention focused on the pandemic. When the cat’s away, the mice will play, so to speak and Beijing will not hesitate to take advantage of this situation if it will strengthen its position in the South China Sea both militarily, and economically.