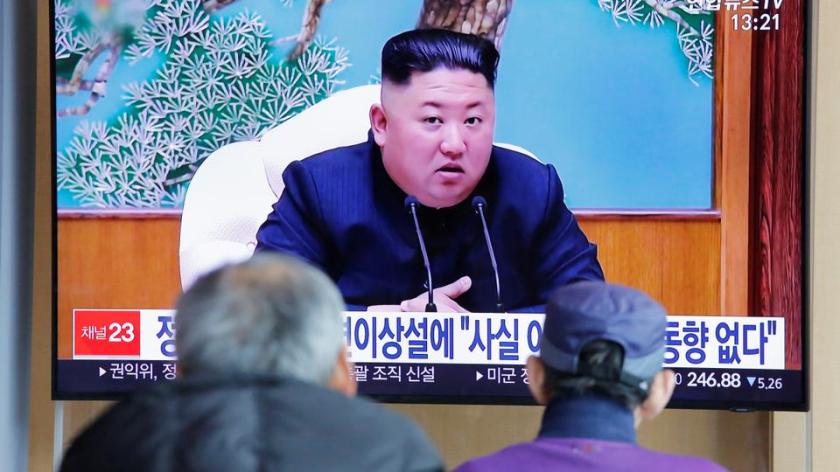 In the last 24 hours conflicting reports have emerged concerning the health of North Korea’s leader Kim Jong Un. Sources in the US government have stated that US intelligence received word that Kim Jong Un was in ‘grave condition’ following cardio-vascular surgery. As a result, the United States is closely monitoring reports on Kim’s health, and simultaneously reassessing the overall current picture in that part of the world. South Korea, on the other hand, has reported no unusual signs regarding Kim’s health. Seoul has been unable to confirm Kim’s alleged poor health.

In time, the correct status of Kim Jong Un’s health will become known. If he turns up on television looking healthy and vibrant at some point in the coming days, the US claim was obviously a false alarm. However, if the opposite holds true and Kim is either clinging to life, or is already dead, the world will once again be faced with the prospect of a North Korean collapse. At first glance, the prospect of the North Korean regime collapsing might seem promising. It is not. If Kim dies, then a vacuum develops in Pyongyang. This could touch off fighting between various factions of the North Korean regime, and its military, as they fight for the crown. China, South Korea, and the United States all have a stake North Korea’s future too, for competing reasons in most cases. The possibility of one, or more of these nations’ militaries intervening in some way is not outside the realm of responsibility. That is the point when things would really start to go south, no pun intended.

Then there is the wildcard in any potential post-Kim North Korea: whoever controls the nation’s weapons of mass destruction. The North has chemical, and nuclear weapons, along with the platforms to deliver those weapons at least as far as Guam, and possibly all the way to the west coast of the United States. If it appears as if the weapons of mass destruction are not under the control of a stable faction, or political official, the US, China, or South Korea may feel compelled to secure, or destroy those weapons.

In short, the death of Kim Jong Un is something which nobody in Washington, Beijing, or Seoul is rooting for. Yet until the truth about Kim’s health is revealed, there will be speculation, and preparation aplenty taking place in these capitals, and around the region.